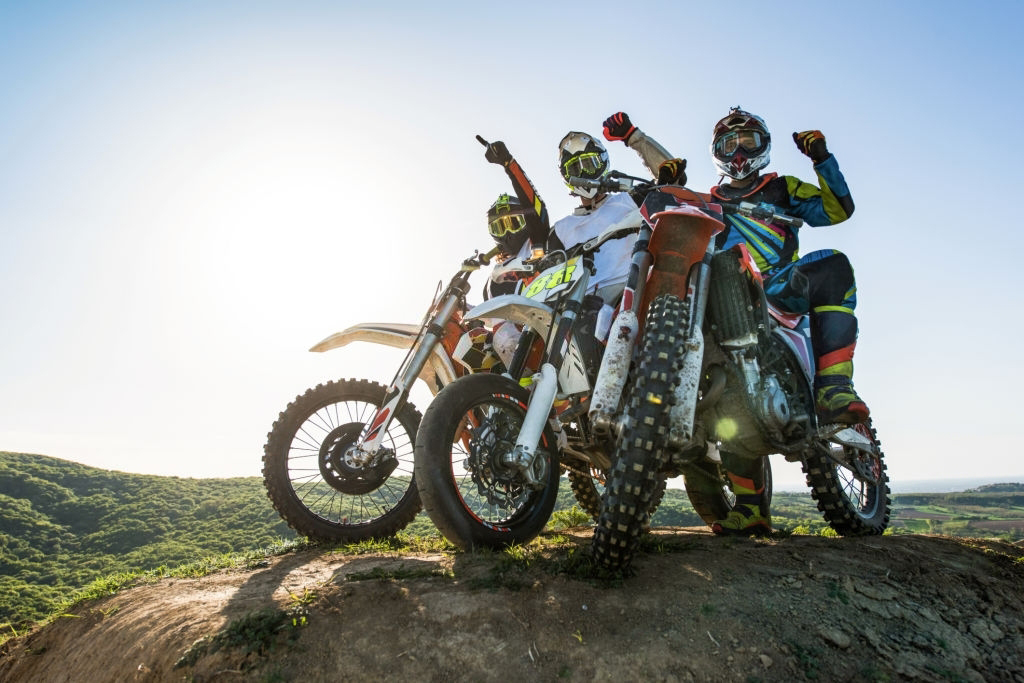 Who doesn’t love dirt bike riding? As we have seen, people of almost all ages love riding dirt bikes. Just as dirt bike riding is a very good exercise, it also relieves human fatigue. Basically, Dart Bike Riding is a great event for those who love adventure.

There are many people in our HonestBikerz community who love dirt bikes a lot. Dirt bikes are great for recreation, especially for teenagers.

Before buying dirt bikes you have to consider more things like your experience and most importantly your age. They are different compared to street bikes. If you know how to ride a street bike but you will be surprised by how a dirt bike feels to ride.

You will find many types of dirt bikes on the market, but you may not know which one is best for you. Many parents want their children to practice riding dirt bikes from an early age. In that case, you must be careful what kind of dirt bike you are going to buy because you also have to think about the safety of your little kids.
We have tried to give you any kind of information about Dirt Bike in our HonestBikerz. You will get which dirt bikes will be great for you or for your child, how to learn dirt bike riding, how to maintain a dirt bike, and many more things.

What kind of vehicle is a dirt bike

Like so many motorcycle enthusiasts, you’re probably a bike enthusiast who enjoys the thrill of riding. But if you’re anything like many in the biking community, you take your riding seriously. You want to explore the best roads, the best trails, and have some fun doing it. But, there’s always the question of how to do it safely. Which makes a dirt bike the perfect choice for a new rider.

Dirt bikes are often thought of as fast, powerful, high-end street machines, but this isn’t exactly the case. Most dirt bikes are ridden on trails and at slower speeds and tend to be built with the same rugged, durable components that you’d find on a motorcycle or ATV.

Is a dirt bike an ATV

What is an ATV? An ATV (all-terrain vehicle) is a generic term that can refer to a number of motorized vehicles, including, but not limited to, four-wheel-drive vehicles with a seat height of two meters and over, and all-terrain vehicles. These vehicles are typically used for off-highway, recreational use, although their use is sometimes regulated, and they may be used for business and personal vehicle transportation.

The humble dirt bike has been around since the 1940s, but it didn’t become a common form of transportation until the late 70s. The newer breed of a motorcycle is called an ATV, short for an all-terrain vehicle. Although they both look similar, an ATV has no structure that protects it from the rough terrain—unlike the dirt bike, which is designed to navigate the roughest terrain in comfort.

Dirt bikes, in general, are not considered motorcycles. However, they do fall under the same regulatory classification as motorcycles, which includes a number of restrictions. For example, dirt bikes are not allowed to be driven on public roads, and you cannot have a passenger unless the passenger is a child between the ages of 14 and 16.

Since dirt bikes are technically not motorcycles, it’s not uncommon to hear people refer to them as such. But are they? Technically, yes, categorizing a dirt bike as a motorcycle is correct. However, when the word “motorcycle” is used, the meaning changes slightly. Even the federal government of the United States, in its own classification system, uses the word “motorcycle” to mean any three-wheeled motor vehicle in a two- or three-wheeled configuration, and excludes “all other motor vehicles.”

At what age can a kid ride a dirt bike?

Dirt bikes can be a lot of fun, especially for kids, and they are a great way to spend time outdoors and be active. When you’re riding a dirt bike, however, you want to make sure your helmet is providing the protection it should. If you’re thinking about buying a helmet, make sure you’re getting the right fit.

Dirt bikes, scooters, and ATVs are a fun way for kids to learn to ride. For kids between 8 and 12 years old, the legal age limit for riding these motorcycles is 16 years old. But, what about kids younger than the age limit? In other words, what age is safe for a child to learn to ride a dirt bike or scooter? The answer is, as, with anything, it’s best to follow the rules of the road and do your best to stay safe.

There is a fine line between fun and dangerous. It’s possible to enjoy riding a dirt bike, but not at the expense of your safety. A good rule of thumb is to allow yourself only a certain amount of time on a dirt bike between 12 and 14 years of age, according to the American Association of Pediatrics.

Most people would be surprised to know that dirt bikes are not a thing of the past. In fact, it’s estimated that there are more than 11 million motorcyclists in the US alone. If that number isn’t staggering enough, the 2016 Consumer Electronics Show (CES) revealed that more than 2,000 new dirt bike models will hit the market in the next 10 years.